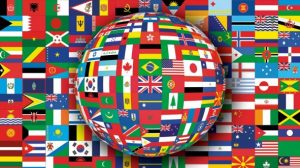 I found a great article that talks about best practices to expand your business internationally.  The Mink Company has contractors all over the world so if you are looking to expand into a different country but are not ready to take the plunge with full-time direct employees we can help.  See number 4 below for more explanation on this or just give us a call.

NEW YORK—Paying U.S. personnel in countries where the employer has no registered presence can be tricky. Many organizations fail to realize the risks and run afoul of payroll and tax compliance requirements. Here are the ways to legally pay an individual in these situations, according to attorney Donald C. Dowling, a partner at K&L Gates in New York City.

There are several cases when a company might be doing business in another country without first registering with the local government: a temporary employee is working on a special project in a new country overseas or a company is “tiptoeing” into a country to test the market. Or a company may be trying to hire a worker who lives in a foreign country but would be working entirely on assignments for the U.S. company. Trailing spouses or staff who have personal reasons to move abroad but are still doing U.S.-based work can incur these risks. As do organizations operating temporarily in developing countries often hire local support workers such as drivers and personal attendants on an ad hoc basis, paying them in cash.

HR professionals should make a strong case for compliance with local overseas payroll laws. Avoid “just do it” arguments, and don’t accept claims from anyone who says, “I’ll accept the risk personally,” Dowling said Nov. 18 at a presentation by the New York City Society for Human Resource Management’s global special interest group.

Dowling said international payroll risks come up more than ever because of the growing use of technology, which facilitates remote work as never before possible.

Reasons Not to Register In-Country

When a multinational or nonprofit company launches a presence in a foreign market by opening a new local office, facility or factory, it’s typically required to register a branch, representative office or subsidiary with local authorities in order to do business legally and hire and pay staff locally. In most cases, Dowling said, clients are told by local host country attorneys to register an in-country corporate presence, get a local taxpayer ID and put the person on the local payroll.

But some organizations may not be ready to register a full-fledged legal entity. A company may be “just dipping its toes in the water of a country temporarily” before seeing if it might merit a bigger investment, Dowling said.

For example, a representative from a small machine shop in Michigan near the Canadian border may meet someone at a conference from Canada who could sell its product there but not be ready to expand until business picks up.

Another scenario involves remote workers. A U.S. company might want to hire someone in Argentina who can work from home, but the work would be for the U.S company (and not be related to any work in Argentina). Or a U.S. organization may need someone for an out-of-country temporary position for not just two weeks, but 18 months.

A final scenario is an individual moving for personal reasons, such as a trailing spouse whose partner is being sent to Sweden and the spouse wants to work remotely from home in Sweden for a U.S. company.

“The boss may say, ‘Sure, that would be fine.’ But the boss is not thinking from an HR perspective,” Dowling cautioned.

Making the Case for Compliance

Management personnel in some organizations, especially nonprofits, often cross their fingers and hope they’ll get away with keeping these “floating” employees on U.S. payroll. Or they think payroll providers like ADP or Ceridian can handle payroll, not realizing that the provider would need a client’s taxpayer ID for that country.

“Payroll providers … are merely an administrative service cutting a paycheck in your name with your taxpayer ID reporting to the government,” Dowling explained.

In the U.S., employers must report employee income to the IRS and withhold federal, state and sometimes city taxes. They also have to report to Social Security and make contributions to it, as well as help fund state unemployment insurance and state workers’ compensation insurance. Dowling said most other countries, except possibly some oil-rich countries, have laws similar to those in the U.S. for reporting payroll. And just like in the U.S., in many countries there’s the potential for criminal liability, not to mention steep fines to collect lost revenues, for not reporting income.

Dowling says the best way for HR to address internal resistance to compliance with overseas payroll laws is to pose a rhetorical question: If a foreign (non-U.S.) company had a trailing spouse working out of their New York City home on “home office” projects that had nothing to do with New York, would you advise them to just pay the person on the foreign payroll? Of course not.

In general, there are four ways to pay a floating employee.